David Frawley, (Pandit Vamadeva Shastri) is recognized as one of the leading Vedic scholars in the world and an authority in the field of Ayurveda.  He is the founder of the American Institute of Vedic Studies and is on the advisory board of the National Ayurvedic Medical Association.  He has written numerous books on Ayurveda, Vedic astrology, and Yoga philosophy and practice. David Frawley also received a degree from the International Institute of Chinese Medicine in Santa Fe NM in 1988, where he taught herbal medicine. 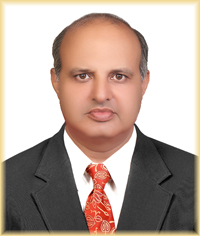 Dr. Akhilesh Sharma, B.A.M.S., N.D., Ph.D., is an Ayurvedic physician at his clinic in New Delhi with his wife, Dr. Minakshi Sharma, a specialist in Ayurvedic Obstetrics and Gynecology. Dr. Sharma serves as Chief Physician and Director of Research and Development for Multani Pharmaceuticals, manufacturer of over 400 Ayurvedic medicines and herbal products. He is Ayurvedic Advisor to the Minister of Health in New Delhi and has received the Dhanvantari Award and the Chikitsa Shiromani Award for his contributions to the field of Ayurveda. 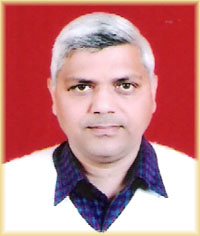 Dr. Liladhar Gupta, B.Sc., B.A.M.S., is a fourth generation Ayurvedic physician from Vrindaban in northern India. Dr. Gupta was Director of the Herbal Medicare Center and Senior Physician at Prem Miketan Ashram in Jaipur. He taught at Wellpark College of Natural Therapies in Australia and currently directs a team of Indian physicians at Dhanvantari Dham, his own research, education, and healing center near Delhi. 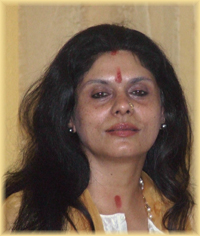 Yogini Shambhavi is a modern day mystic, teacher of Vedanta and spiritual guide. She draws one to the deeper “Yogic Reality” awakening the Divine feminine power within our own hearts and minds, allowing its benevolent grace to flow into our daily life experiences. Co- Director of the American Institute of Vedic Studies, Santa Fe, New Mexico, she leads spiritual retreats, Ayurvedic training programs, conferences and well-being workshops around the world. Yogini Shambhavi has written two bestselling books on the Goddess, Yogini: Unfolding the Goddess Within and Yogic Secrets of the Dark Goddess: Lightning Dance of the Supreme Shakti. 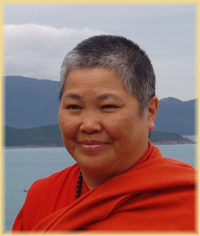 Swami Sitaramananda is from the classical Sivananda tradition of Yoga tradition from India. A gifted teacher of yoga and meditation, she has been teaching for more than twenty-five years In India, Canada, Bahamas, and Asia and is the director of the Sivananda Ashram in Grass Valley, CA.

Swami Sitaramananda was ordained in 1985 as a sannyasin in the lineage of Saraswati, one of the ten classical monastic orders founded in India. She is a direct disciple of Swami Vishnu-devananda, who is the disciple of Master Sivananda. She holds a degree in Jyotish (Vedic astrology) from the American College of Vedic astrology and provides counsel to her students.

Meet Our Faculty
Frequently Asked Questions
We use cookies on our website to give you the most relevant experience by remembering your preferences and repeat visits. By clicking “Accept”, you consent to the use of ALL the cookies.
Do not sell my personal information.
Cookie SettingsAccept
Manage consent