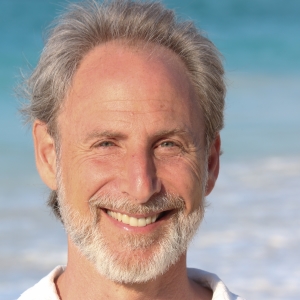 Dr. Marc Halpern is the founder and President of the California College of Ayurveda and the author of three ayurvedic textbooks used at the colleges in the United States. He is one of the few Westerners recognized in both the United States and in India as an authority on the subject of Ayurveda. He is a Western pioneer of this ancient tradition and has been a pillar in the development of the profession in the United States . A Doctor of Chiropractic and a Doctor of Ayurveda (hon.) he holds a post-graduate certification in Holistic Medicine. Dr. Halpern sits in the advisory boards of multiple prestigious journals and organizations related to Ayurveda, Yoga and research internationally. He has also been a keynote speaker at numerous conferences and universities and had the honor of being invited to speak at Banaras Hindu University and to give a keynote speech at Harvard University’s conference on Integrative Medicine and Cancer.

1987: Graduated from Palmer-West Chiropractic College.
1991: Completed his post-graduate certification in Holistic Medicine through New York Chiropractic College.
1992: Completed his studies with Dr. David Frawley and the American Institute of Vedic Studies.
1995: Founded the California College of Ayurveda.
1995: Awarded a first of its kind special certification as a Teacher of Ayurvedic Medicine by the American Institute of Vedic Studies.
1997: Organized and Co-Founded the California Association of Ayurvedic Medicine.
1998: Organized and Co-Founded the National Ayurvedic Medical Association.
2005: Was presented the All-India Award for Best Ayurvedic Physician by the Union Minister of Health and Family Welfare ( Gov’t of India). This award was the granted by the Hakim Ajmal Khan Society of New Delhi.
2005: Interviewed by Mike Wallace on CBS’s 60 Minutes as a part of the Ricky Williams Story.
2005: Dr. Halpern’s personal story of healing from a Lyme type autoimmune disease was chronicled by the magazine Spirituality and Health.
2009: Received his Yoga Teacher certification in the lineage of Swami Sivananda through the Sivananda Yoga Vedanta Organization.
2011: Published the popular book: Healing Your Life: Lessons on the Path of Ayurveda.
2011: Published the popular recording: Yoga Nidra and Self Healing.
2012: Dhanvantari Award for Excellence in Ayurvedic Practice by the Association of Ayurvedic Professionals of North America.
2015: Caraka Award for Excellence in Ayurvedic Teaching by the Association of Ayurvedic Professionals of North America
2017: Invited Keynote Speaker at Harvard University’s conference on Integrative Medicine and Cancer.

Dr. Halpern has published hundreds of articles and essays in magazines, journal and newsletters. Below is a brief sample

•  “Ayurvedic Management and Treatment of Parkinson’s Disease”, Inside Ayurveda .

•  “Pranayama and Ayurveda”, Journal of the International Association of Yoga Therapists, fall 2000.

About Dr. Marc Halpern
Meet Our Faculty
We use cookies on our website to give you the most relevant experience by remembering your preferences and repeat visits. By clicking “Accept”, you consent to the use of ALL the cookies.
Do not sell my personal information.
Cookie SettingsAccept
Manage consent