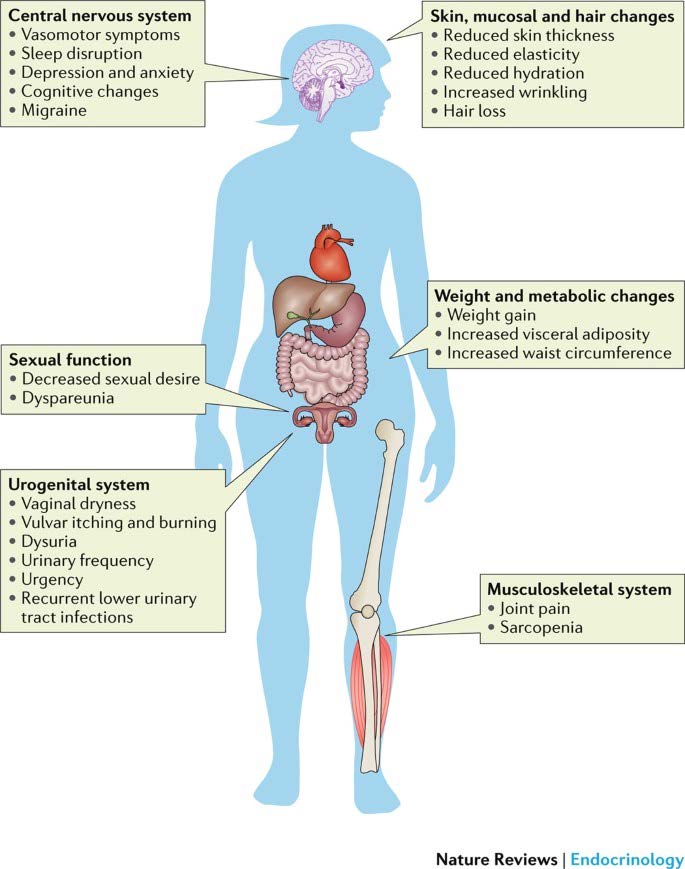 The age of menopausal onset (perimenopause) differs from one woman to the next and also has wide variability based on where one lives in the world. Studies of women in different countries showed the average age varied by about 5-6 years, with low-income countries
showing an earlier onset. The median age is 48 in Ghana, 49 years in Lebanon and Latin America, 50 years in Iran and 51 years in the United States, United kingdom and Greece.4

Although menopausal symptoms vary, “women around the world suffer from ailments characteristic of the menopausal period regardless of ethnic origin, skin color or sociodemographic factors.”5 With this in mind, managing diet and lifestyle in the years prior to the onset of perimenopause can result in a smoother transition into this phase of life. While the typical age for onset of menopause is 50-51 years of age in the United States6, early onset is possible. Early menopause, “before age 40 is called premature menopause or premature ovarian failure. This occurs in 1% of women for a variety of reasons…Menopause can also be induced by surgery or radiation, which destroys the uterus. This condition is called
artificial menopause.”7 This paper will focus on the more typical cause (aging), as well as the manifestation and treatment of traditional menopause.

WESTERN DEFNITION AND PATHOLOGY
In an article on Menopause by OlaOlurun and Shen, Menopause is defined as the “permanent cessation of menses, and it occurs at the end of the menopausal transition, also referred to as the perimenopause. The perimenopause is a period usually characterized by an irregular
menstrual cycle and hormonal fluctuations often associated with unpleasant and uncomfortable symptoms and signs. The diagnosis of menopause is made retrospectively after a woman’s menses have ceased for 12 consecutive months.”8 It is valuable to note that menopause is defined as the official end of menstruation. Perimenopause is the timeframe during which many of the uncomfortable symptoms associated with menopause begin.
This transition period can last between 2 and 8 years.9 Remedies aim to provide relief from symptoms and discomforts, as well as long term deterioration of health.

During the reproductive years, a healthy menstrual cycle begins with a drop in estrogen and progesterone. This triggers the release of the hormone FSH, leading to a gradual increase in estrogen, followed by a spike in the hormone LH which results in ovulation. This is followed by
a decrease in these same hormones (FSH and LH), a small increase in estrogen until estrogen declines if there is no conception. At this point menstruation begins again and FSH rises again. Thereafter, the hormonal cycle repeats itself again.