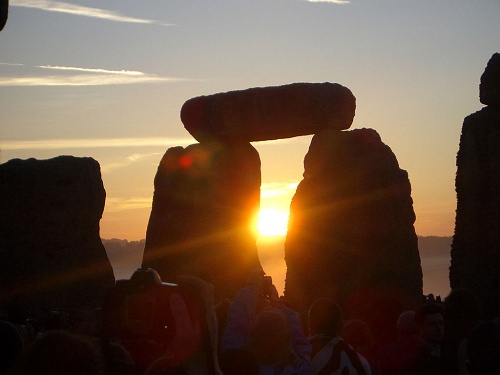 In the Bhagavad Gita, the summer solstice is described by Krishna as the gate of ascent out of this world and into the world of spirit:

“Now I will tell thee, O Arjuna, of the times which, if the mystics go forth, they do not return, and at which they go forth only to return. If knowing the Supreme Spirit the sage goes forth with fire and light, in the daytime, in the fortnight of the waxing moon and in the six months before the Northern summer solstice, he will attain the Supreme. But if he departs in gloom, at night, during the fortnight of the waning moon and in the six months before the Southern solstice (winter solstice), then he reaches but lunar light and he will be reborn again. These bright and dark paths out of the world have always existed. Who so takes the former, returns not; he who chooses the latter, returns. The sage who knows this passes beyond all merit that comes from the study of the scriptures, from sacrifice, from austerities and charity, and reaches the Supreme Primeval Abode.” ~ Krishna, the Bhagavad Gita