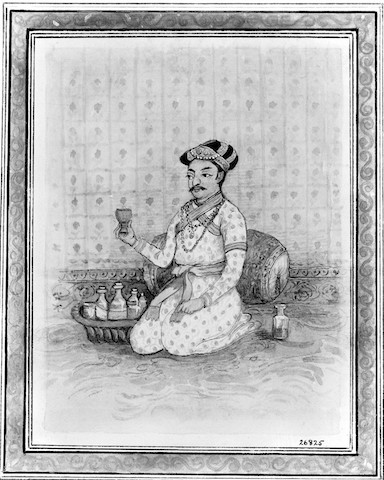 Ayurveda is considered the “mother of all healing sciences.” It is the profound, vast, ancient wisdom that teaches us how to live lives of balance. Ayurveda has been around since the dawn of human existence on Earth. As we celebrate our 20th Anniversary, let’s take a brief look at the history of this ancient science. Since it is so ancient, dates are estimates only:

The Vedic Age refers to the time of the writing of the Vedas and the later related texts including the Upanishads and the Brahmanas. The Vedas are the oldest writings in the world. The word “Vedas” means knowledge in Sanskrit, the original language of the Vedas. Contained within these writings are the roots of India’s philosophical and spiritual traditions, as well as its medical system. There are four Vedas: the Rig Veda, Atharva Veda, Sama Veda and Yajur Veda. Ayurveda has its roots primarily in the Atharva Veda.

Although scholars debate the actual date of the writing of the Caraka Samhita, it is the greatest and most revered of all classical Ayurvedic texts that is still available. It remains the preeminent reference on Ayurveda today. The image to the right is Charaka, the author of the Caraka Samhita.

During this time, additional important Ayurvedic texts are written such as the Sushruta Samhita, Ashtanga Hridayam, and Ashtanga Samgraha. Huge universities open in India (Takshashila and Nalanda), each of which house about 10,000 students and teachers, and teach Ayurveda as well as other subjects. Students travel from around the world to study at these highly respected universities. Ayurveda is the medical system of the day.

The final ancient, classical Ayurvedic texts are written including the Madhava Nidanam and Sarangadhara Samhita.

For about 1000 years, India experienced invasions and occupations, beginning with Muslims, and later the British. There is a great loss of Indian culture and writings. During this time, Ayurveda is in decline, as ruling invaders institute their own systems of medicine. However, Ayurveda is simply driven underground, where it will remain until it can flourish once again. It also benefits from the inclusion of aspects of foreign medicine introduced by the invaders.

1947-Present: The Period of Independence

With India’s independence in 1947, Ayurveda has finally been able to thrive once again. Ayurvedic schools in India emerge following a model based on Western medical practices as a result of the British influence.  Traditional Ayurveda remains strong, following family lineages.

AYURVEDA IN THE USA:

Dr. Marc Halpern, along with his student Kumar Batra and two other individuals in the profession (Cynthia Copple and Wynn Werner), begin the  National Ayurvedic Medical Association (NAMA), giving Ayurveda a unified national platform in the West.

CCA moves into the present location, the beautiful 13,500 square foot art-deco facility that served as the former Hospital in Nevada City, California. CCA opens one of the few traditional, residential Panchakarma centers in the West as well as a community clinic.

Dr. Halpern publishes his popular book, “Healing Your Life: Lessons on the Path of Ayurveda” and his CD, “Yoga Nidra and Self-Healing.”

2015: CCA CELEBRATES OUR 20TH ANNIVERSARY AS A LEADER IN AYURVEDIC EDUCATION!

At the California College of Ayurveda, we are happy to be amongst the very first to bring this ancient, profound healing science to the West. More importantly, we are proud to share with our students, patients, community and the world the Love and the Light of this timeless science that teaches healing through harmony!

By Marisa Laursen, C.A.S., P.K.S., A.Y.T., Faculty at the California College of Ayurveda