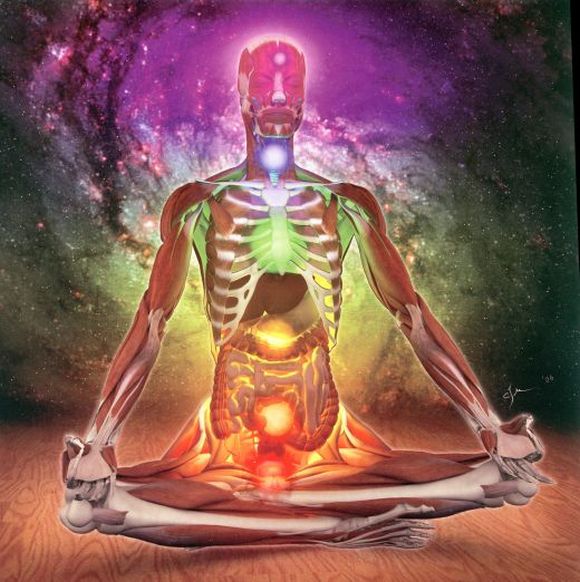 Ever heard of “ojas”? Perhaps not. And yet, a healthy amount of ojas is critical to good health.

So what is ojas and how can you obtain it? Dr. Marc Halpern, in his textbook “Principles of Ayurvedic Medicine,” explains ojas in great detail below. The most important way to create healthy ojas is through eating proper food and digesting it well. Digestion is hugely important! If you don’t digest well, you not only won’t make significant amounts of ojas, but improper digestion can lead to toxins in the body, which is the precursor to disease. Scroll back through previous posts – we have lots of them about proper eating guidelines!

Read on to learn more about ojas:

“Ojas can be defined as the “force of contentment and stability.” Like prana and tejas, it is a term whose definition takes on different meanings in different contexts. Ojas has the qualities of the water element.

In the physical body (annamaya kosha), ojas manifests as the force of stability protecting the physical body against harm. Ojas is the force or energy behind the immune system. Ojas is also the force that allows the tissues (dhatus) of the body to resist harm. It is the purest form of kapha. While kapha differentiates into five subdoshas, ojas does not. Ojas is the positive force behind all of the subdoshas. People with a kapha nature have the greatest natural amount of ojas in their bodies and hence they have the greatest resistance to disease.

When ojas is healthy, the mind is strong and does not easily fatigue. It has excellent endurance allowing it to work for a long time on complex mental problems. Ojas also provides a solid structure for the channels of the mind allowing it to move high volumes of thought in a coordinated manner. Hence, ojas serves the mind by protecting it against the excess forces of prana and tejas. When ojas is healthy, people are content with whatever they have and wherever they are.

Ojas gives the anandamaya kosha stability, allowing the kosha to prevent subtle, psychic energies from entering the subtle body. In this way, the outer layer of our physical existence becomes—metaphorically—hardened like a shell. Stress and subtle impressions, such as other people’s anger, wash off the shell as water washes off a raincoat.

When kundalini energy is awakened, ojas protects the nadis from being burnt to a crisp by the intensity of heightened tejas.

Ojas resides in all of the chakras, the most important chakras for its functioning, however, being the muladhara chakra and the sahasra padma chakra. Hence, ojas requires a higher awareness of one’s connection to creation, as well as being firmly grounded in the world. Its state also depends upon the svadhishtana chakra, the primary water chakra. Ojas is stored in the anahata chakra.

In the causal body (anandamaya kosha), ojas is the force of contentment or bliss. This aspect of ojas does not fully manifest until the light of kundalini energy is fully awakened. In the causal body, ojas resides in the sahasra padma chakra.

Within Purusha, also known as satchitananda, ojas is “ananda,” the field of “pure bliss” itself. Hence, as Purusha provides a portion of itself (atman) for each creation, “ananda,” or primordial bliss, exists within each creation giving each person the potential to know infinite peace and contentment.

The Caraka Samhita describes ojas as being of two types, the superior type (para ojas) and the ordinary type (apara ojas). According to the Caraka Samhita, the heart is the dwelling for the superior type of ojas. The vessels next to the heart are the site of the ordinary type of ojas. Para ojas is the container of life itself. Any diminishment in volume would result in instantaneous death. Apara ojas, on the other hand, may become diminished. This is the type of ojas described above that affects the immune system. When it does become diminished, illness results.” ~ Excerpt from “Principles of Ayurvedic Medicine,” by Dr. Marc Halpern, Founder of the California College of Ayurveda

How else to build ojas? Ojas is increased by eating foods high in ojas content and digesting it well. Foods with high natural ojas content includes milk, oils, grains and nuts. There are many rejuvenate herbs that increase ojas. Also, oil body therapies such as abhyanga and shirodhara increase ojas. So does meditation and the use of specific gemstones. The highest way to build ojas is through unconditional love…So “love thy neighbor as thyself”!