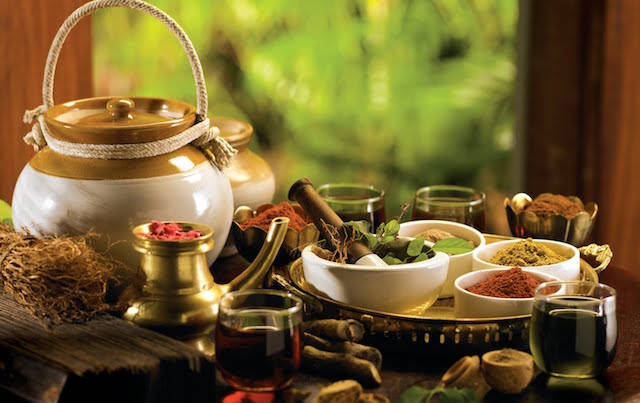 The prakruti of a patient is given a lot of importance in Ayurveda. Often translated as a person’s constitution, the term actually means “original creation.” The Sanskrit prefix “pra” means “original” and “kruti” means “creation”. A person’s prakruti is the inherent balance of the three doshas at the moment of their creation. It is at this moment that a person’s physiological and psychological tendencies become fixed.

For example, people have tendencies that influence the thickness of the skin, the length of the fingers, the shape of the palm and the strength of digestion. There are tendencies toward or against every bodily feature and physiological function. In addition, there are tendencies toward a specific personality type and even how a person will react emotionally to stress. We have tendencies to be introverted or extraverted, excitable or calm, intense or laid back. All of this is coded in the constitution. A person’s prakruti (constitution) does not usually change throughout a person’s lifetime.

The three doshas are the physiological forces of the body. A person’s constitution is defined in terms of the inherent balance of these three doshas. It is the interplay between these doshas that is responsible for both body type and personality.

To know a person’s constitution is to know their tendencies. If a person knows their tendencies they can take the actions that keep their tendencies in check. A person who knows that they have a tendency to feel cold, easily avoids becoming too cold by wearing more clothing or drinking warm beverages. To know your constitutional tendencies is to be empowered with the knowledge needed to create balance in your life.

Every living creature has all three doshas within them. We cannot exist without a certain amount of each. Kapha provides each of us with tissues, pitta provides metabolic action and vata allows us to move and express ourselves. Our constitution is best defined in terms of the percentage of each energy within a person’s constitution. In this way there are not three types (vata, pitta or kapha), or even seven types (combinations), but an infinite number of combinations and permutations with no two people being exactly the same.

VIKRUTI—THE NATURE OF THE IMBALANCE

Vikruti means “after creation.” The Sanskrit root “vi” means “after” and the root word “kruti” means “creation.” A person’s vikruti is the state of the three doshas after the moment of conception.

Following the moment of conception, the human embryo is exposed to and altered by its environment. In a healthy environment, the embryo forms in an optimal manner. After birth, if the environment remains optimal, the child grows up healthy. However, in a less than optimal environment, the three doshas become disturbed and upset the normal physiology, resulting in the symptoms of disease.

In Ayurveda, when we talk about the vikruti of a patient, we are referring to the current state of the three doshas and how they are expressing themselves in the body and mind. Due to the less than optimal environment most of us find ourselves in, our vikruti helps us to understand the imbalances or symptoms that we are experiencing. However, it should be understood that in an optimal environment, the vikruti and the prakruti are the same. In this state, tendencies exist in the body and the mind but they are not expressing themselves in a manner that is causing a disturbance.

An important goal of Ayurveda is to understand a person’s vikruti and then understand what aspects of a person’s environment have contributed to the disturbance. Once known, the goal is to correct the environment. In this context, environment refers to both what a patient takes in through their five senses as well as the nature of a patient’s lifestyle. While knowing a person’s prakruti is essential for understanding the deepest tendencies within a person, knowing a person’s vikruti is essential for devising a treatment program. Practitioners should remember that we always treat the current state of the doshas.

According to the Caraka Samhita (the ultimate, ancient, classic reference on Ayurveda), there are three things that must be taken into consideration in order for a treatment to be considered ayurvedic: The ayurvedic physician must know the nature of the patient (prakruti), the nature of the imbalance or disease (vikruti) and the nature of the remedies (dravya guna – the qualities of a substance). With this knowledge, an ayurvedic practitioner can prescribe a program of care to guide the patient back to health.

Can a person have a constitution that is different from their vikruti?

Regardless of a person’s constitution, a person can have an imbalance in any dosha. Imbalances are created by the environment a person finds him or herself in and their lifestyle. For example; any person will become hot and vitiate pitta dosha if the temperature is hot enough. However, a person of pitta prakruti would become hot more quickly as they already have a tendency to feel hot. Thus, it can be said that a person with a pitta nature has a tendency toward a pitta imbalance. Likewise, everyone will vitiate their vata dosha is they find themselves moving about too much or too quickly. We live in a fast paced world. The pace of life today often causes vata imbalances regardless of the constitution of an individual. However, a person with a vata constitution will develop a vata imbalance more quickly than others. It does not take as much motion as it would for someone with a more stable (kapha) nature.

Is there a best way to determine a person’s prakruti and vikruti?

The prakruti of the patient is best determined by the most stable factors of a person’s nature. The most stable factors reveal the deeper tendencies of a patient. The physical structure of a patient gives the greatest clue toward constitutional tendencies. While structure can change due to imbalances, it is the least likely to change, except for body weight. Hence, it is more reliable than functional indicators. Functional indicators, however, are still useful when they reveal lifelong patterns. Another good indicator of prakruti is the nature of the voice and the basic personality. While these can change, they usually do so only when a person is exposed to great trauma. Even then, they often will not change.

Functional indicators, such as patterns of digestion, elimination or sleep, can be used to assess both prakruti and vikruti. While patterns present over the course of one’s life are indicators of prakruti, any tendency expressing itself right now is an indicator of vikruti.