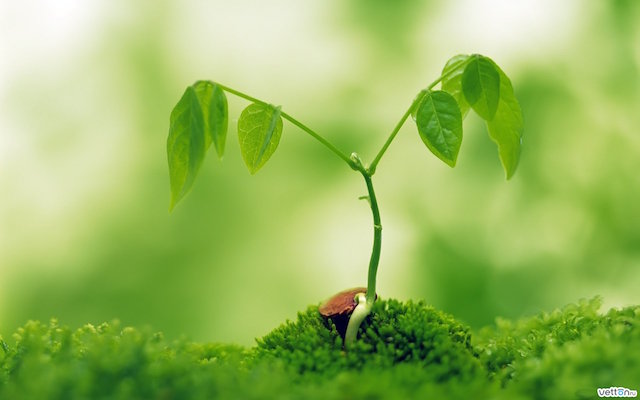 “The story is told that God placed the plants and vegetables on the planet for the animals to consume. The dharma of the plants is to support animal life. The plants do not mind this, as it is their dharma. The selfless fulfillment of their dharma will lead them closer to enlightenment.

For a long time, the plants and the humans lived in harmony. The plants thrived and the humans treated them with respect. Then, things began to change. The humans forgot that plants were life-forms worthy of respect and care. They began to abuse the plants. They no longer acknowledged the plant spirits when consuming them. They consumed as much as they desired, not as much as they needed. They began to consume the plants in combinations that were not healthy. The plants became upset. Not knowing what else to do, they went back to God. “God,” they said, “we do not mind being consumed by the humans, this is our dharma. But the humans disrespect us and this is not right. What should we do?” God thought for a moment and pondered the situation. Then, he said, “If the humans disrespect you, then instead of the humans consuming you, you will consume the humans.”

The plant spirits came back to earth. From that day onward, when the humans disrespected the food, the food caused the humans great illnesses. Some came on quickly and others came on slowly. The humans suffered and many died. Their suffering was of their own doing, created by their own ignorance.”

Except from “Principles of Ayurvedic Medicine,” by Dr. Marc Halpern, Founder and Director of the California College of Ayurveda