There once was a man who lived on a farm with his son and his horse. 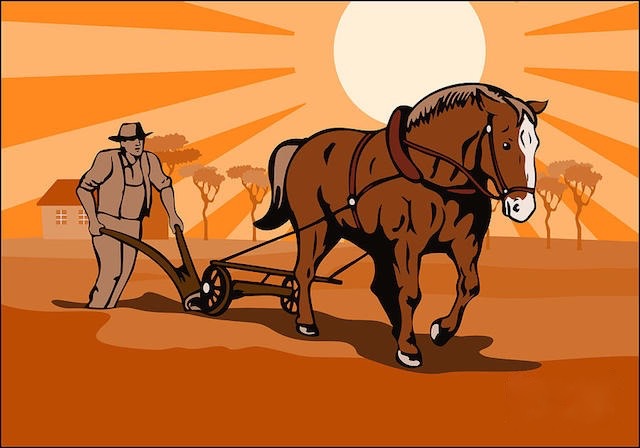 One day, the barn door was left open and the horse ran away. When the nearby villagers heard about it, they ran to the farm to tell the farmer how sorry they felt for him. “How will you work your farm without your horse?” they asked. The farmer simply shrugged and said “good, bad, who’s to say?”

A few days later, the farmer’s horse returned, and following it were two more horses. The villagers were so excited for the farmer’s luck, they ran to his farm and told him so. The farmer simply shrugged and said “good, bad, who’s to say?”

The new horses were not broken in, so the farmer’s son worked hard to break them in so they could be used on the farm. While doing so, one of the new horses threw him off and his leg was broken.

The villagers again ran to the farm, and expressed their deep sadness about the son’s broken leg. “Now your son can’t help you on the farm,” they said with their heads hung low. The farmer simply shrugged and said “good, bad, who’s to say?”

As the son was healing from his broken leg, a war broke out in the countryside. All the young men were sent off to war. Many died or were seriously injured. However, since the farmer’s son had a broken leg, he was not able to go fight in the war. The villagers again came to the farm, to say to the farmer how very lucky he was that his son didn’t have to go fight in the war. Once again, the farmer shrugged his shoulders and stated:

Yoga and Ayurveda, and the philosophical systems upon which they are based, teach us to simply be the witness of life’s events. This is how peace is found; observe the events of life, and remove all judgement. Observe life as if watching a play or a movie, avoiding becoming involved in life’s dramas.