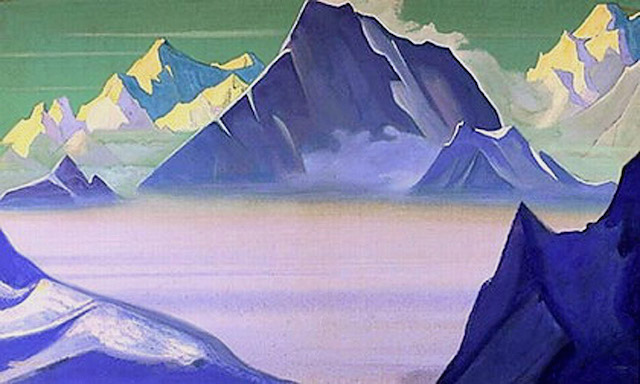 Below is the classic, beautiful story about ancient rishis (seers), and how because of their calling to bring healing to the world, Ayurveda was born…

The Gathering of the Rishis

The mythology, as told in the Caraka Samhita (the greatest of all classical texts on Ayurveda), tells that about 5,000 years ago a group of great rishis sat together on the slopes of the Himalayan Mountains. Rishis are seers, visionaries, who tend to see deeply, beyond the surface, in ways others don’t. They tend to be scholars and priests.

The rishis discussed the occurrence of great diseases that had arisen and how to deal with them. They determined that this was a question for the Gods. They decided that they should ask the Gods how to stay well, avoid disease, and heal those who are sick. But which God should they approach? It was decided that Indra was the best and easiest God to approach. He was a God loved by the mortals and who provided rain for their crops. As it was not right for all of the rishis to go, the rishi Bharadvaja was selected as their emissary, as he was the greatest of the sages, with the purest heart.

Bharadvaja went into the forest in search of Indra. He wandered for quite some time, searching for the abode of God. Not finding it, he eventually built a hut by a river and settled there for awhile. After some time, he came upon the home of Indra and knocked on his door. Bowing before Indra, he explained the reason he needed an audience before such a great God. Bharadvaja was successful and Indra taught him the knowledge of Ayurveda in its entirety.

Upon returning, Bharadvaja taught the science of Ayurveda to the many rishis and sages who awaited his return in the Himalayas. The rishis eagerly absorbed the great wisdom, and then returned to their communities to share the knowledge with others.

There is much symbolism in this beautiful story. Did Bharadvja actually find a home in which God lived? In truth, the door he found and knocked upon was the door to his own heart; by looking inside, and listening deeply, truths were revealed. The answers were already within. The wandering and searching is the wandering of the mind. When Bharadvja slowed down, and built a hut by the river, his mind slowed down, and truths were revealed within his heart. Ayurveda, together with her sister science Yoga, provide the way to access universal truths.

Is there a stirring within your heart? Are you drawn to play a part in bringing peace, healing and harmony to the world? Are you being called? If so, perhaps it is Ayurveda that is calling you…

By Marisa Laursen, C.A.S., P.K.S., A.Y.T., Faculty at the California College of Ayurveda