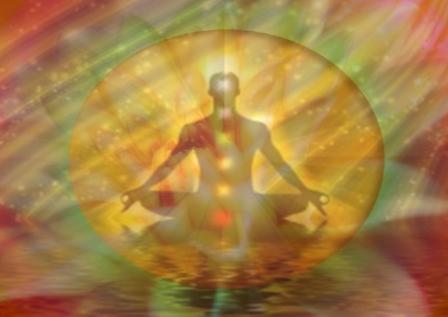 The human being consists of three bodies: The physical body, the subtle or astral body, and the causal or karmic body. Each body is an energetic field of different densities that vibrate at different frequencies. In previous posts we gave discussed the physical body and the subtle (astral) body. Here we will discuss the Causal or Karmic body. Below is a quote from the “Principles of Ayurvedic Medicine,” by Dr. Marc Halpern, the founder of the California College of Ayurveda.

The Causal or Karmic Body

“The causal or karmic body is the subtlest vibration within the creation of the human being. It is also the most expansive part of our nature. Unlike the subtle body, it is not an energetic template of the physical body. It is more like a seed energy, which sprouts the subtle and physical body as it germinates. In this sense it is not a body but rather a primal energy.
The causal body is composed of the root or seed potential for sensory experience. These are the tanmatras. It is also composed of ahamkara (sense of separateness), through which the physical and subtle bodies will form. In addition, there is a higher aspect of our intelligence that oversees the germination of the seed. This is the highest form of our buddhi (intellect). In this form, buddhi is not attached to the senses or to the soul, but rather to the universal intelligence called mahat in Sankhya philosophy.
Although citta (consciousness) permeates all aspects of creation, the field of consciousness is especially active in the causal body. Here we find the karmic template that records or stores the impressions from our previous lives. This karmic template affects all aspects of the creation of the subtle and physical bodies. This includes deformities, looks, and intelligence, as well as mental and emotional tendencies, as it sets the stage to allow our lessons to unfold.
The causal body has been described as or likened to an egg around the other two bodies. It has also been described to emanate from the heart. However, as with the astral body, it has no true location in the physical world. Its essence is too subtle to be defined by place and time.
When we die, it is the causal body that follows us from lifetime to lifetime carrying our karmic records with it. In a sense, the karmic body never dies, as it is not really alive to begin with. It is a seed sustained by karma. When one’s karma has been exhausted, it releases the person’s individual consciousness to merge back into the ocean of pure consciousness.
It is through the causal body that we know God. It is through this body that we experience our deepest connection to that which is greater than our separate selves. What is called soul, spirit, or atman is simply consciousness itself residing within the body. It is possible to experience this aspect of ourselves, which usually occurs in fleeting moments of great stillness or deep inspiration. It is not an intellectual process but a deep knowing which can not be put into words.
The causal universe is the universe of supreme consciousness, whereby existence is created as a manifestation of the meditation of Purusha (God) on itself. Here there is an ocean of consciousness and of unlimited potential. It is a formless realm of divine truth. It is the realm of “Sat” or absolute truth and existence, and its governing energy or quality is sattwa or clarity and purity.
The soul is incarnated into this world with a dominant guna. The soul’s guna will be sattva, rajas or tamas, based upon its past karma. The three gunas in their seed form (Prakriti) reside within the causal body. Their disturbance is perpetuated by the soul’s karma. As Prakriti unfolds in the human being, a dominant guna is carried forward into that creation. It reflects the evolution of the soul. It then resides within the mind and it is there that it can be observed.” ~ Excerpt from “Principles of Ayurvedic Medicine,” by Dr. Marc Halpern, Founder of the California College of Ayurveda