Skip to content
When the early Yogi’s left India to travel around the world, some of them landed Canada. Among them was Swami Vishnu Devananda, a disciple of Swami Sivananda. With a directive from his teach to spread the teachings of Yoga to the West, Swami Vishnu as he was known, did just that. While his teachings has since traveled around the world, the headquarters of his organization is in Val Morin, Quebec.
Yoga and Ayurveda are part and parcel of one another. They can no more be separated then the two sides of coin. Where yoga goes ayurveda is not far behind. The seeds of  Yoga were planted in the early part of the 20th century. They began to grow strong in 1960’s and 70’s. Today, they are growing like wildflowers. Yoga studios are full of students in every major city, in the suburbs and even in the most rural parts of Canada. And where you grows, Ayurveda follows. This is because Ayurveda is the healing side of Yoga. Where yoga is a practice to bring peace to the mind, ayurveda is a practice to bring health and longevity to the body. Together, they make a complete path of body-mind wellness. 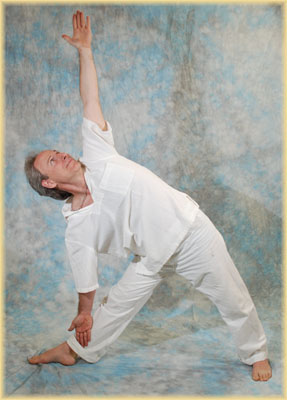 Classical yoga centers, like the Sivananda Yoga Camp are fertile ground for sharing the ancient knowlege of Ayurveda. Swami Vishnu brought many doctors of Ayurveda over from India to share the knowledge of Ayurveda in the 1980’s.  Swami Mahadevananda, the past director of the center, brought many ayurveda to share their knowledge inthe 1990’s. It was in 2003 that he asked me to join him at the Yoga Camp to begin giving lectures on Ayurveda and develop courses in Ayurvedic Yoga Therapy for Yoga Teachers to learn a classical and systematic approach to using Yoga Postures (asana) and breathing practices (pranayama) that would support the healing process. Over the past 10 year, the Camp has seen a tremendous growth in Ayurveda that now supports its Ayurvedic Clinic and Spa and additional classes in Ayurvedic Nutrition. Dr. Sonal Bhatt, an Ayurvedic Physician who studied in Jamnagar, India and now conducts a very busy Ayurvedic Clinic in Toronto is an example of the growth that Ayurveda is experiencing in Canada.  The California College of Ayurveda has also seen a growth in students who come from Canada to study. Students have arrived from all parts of Canada including British Columbia, Ontario, Quebec, New Brunswick and  Alberta.  The college now even conducts its Ayurvedic Yoga Therapy program both in Quebec at the Yoga Camp and on Nanaimo Island in Vancouver.
Not only are students from Canada studying at the California College of Ayurveda but schools are opening up within Canada as well. Although in their early stages, we see the Canadian College of Ayurveda in Toronto and a collective of Ayurvedic and Medical physicians called the Canadian Ayurvedic Medical Alliance.
The future of Ayurveda in Canada is very strong. Canada is being populated by Clinical Ayurvedic Specialist from the California College of Ayurveda and Indian Ayurvedic Physicians. Together, they are working to bring harmony and health into every community.

Ayurveda, which literally means “The Science of Life,” is the healing science from India. It has been practiced for over 5,000 years by millions of individuals to assist the body in journeying back to optimal health. Ayurveda views health and disease as the end result of how we interact with the world, in terms of our beliefs, perceptions, thoughts, and feelings, which then ultimately determine our actions. Actions in harmony with our inner nature create health, while those dis-harmonious with our inner nature create disease. Health comes when we live in harmony with our true nature as spirit.

Ayurveda allows us to get a glimpse of our individual true nature and to find the best ways to live a life of balance. It provides holistic understanding and healing to people on all levels: physically, emotionally, and spiritually.

Ayurveda uses a multitude of healing modalities including herbs, diet, colors, aromas, sound, lifestyle recommendations, panchakarma, meditation, and yoga. More and more people are discovering that these ancient principles are easily applicable to modern life and that they have the power to create health and contentment.