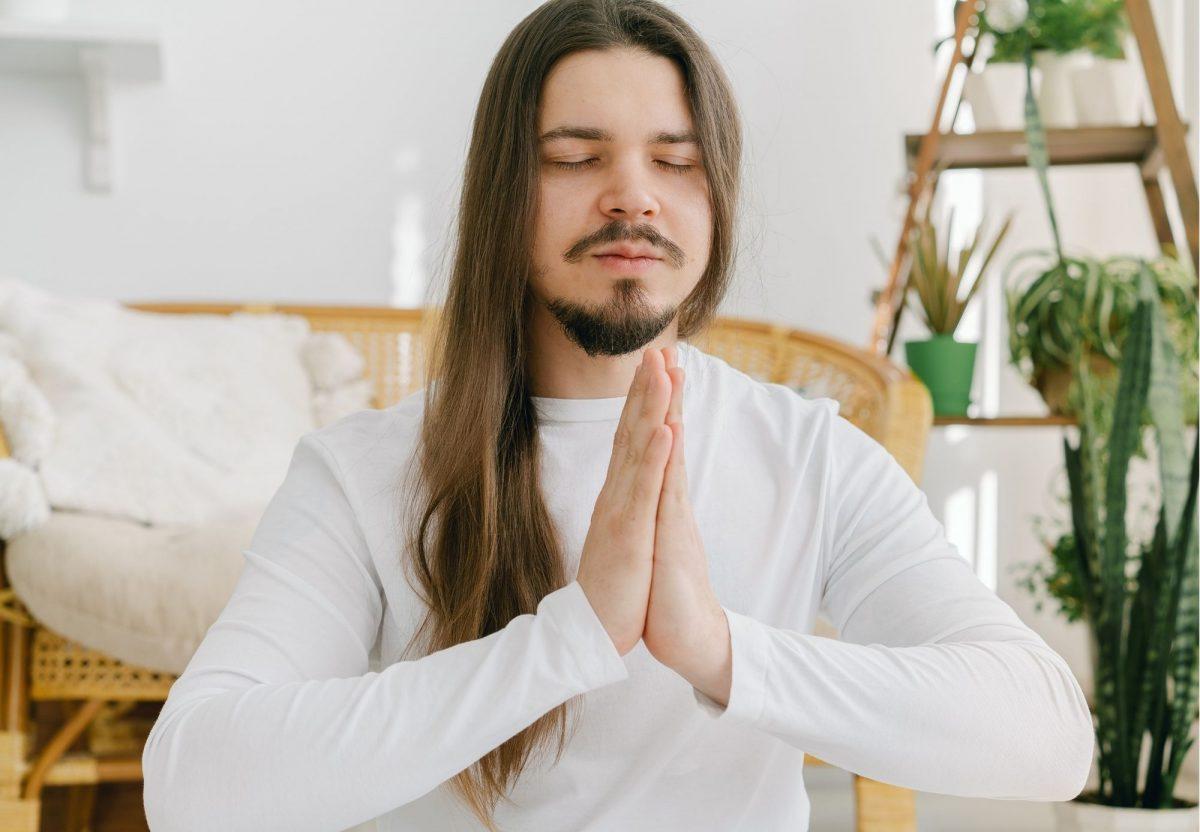 Tamas describes a mind/consciousness union that lacks higher Self-awareness. This is called ignorance in Ayurveda and Yoga. Tamas is one of the three mahagunas or great qualities of the mind. Rajas and tamas are causative factors in illness. Few in the West know that there are many types of sattva, rajas, and tamas.

Let us look at the three classical types of tamas. Note that different classical texts vary slightly in their descriptions. These will be brief summaries of each type.

This person is extremely indulgent in food, sex, and sleep and is often unclean. Their nature is likened to animals who cannot control themselves.

Self-absorbed, passionate, angry, and even murderous. This person is described as being quite fertile but has progeny that is equally wicked. Their nature is likened to a fish, perhaps because fish tend to eat each other.

This person is unaffected by discomforts like cold, heat, and pain but is also unintelligent. Their tolerance is not a spiritual accomplishment but a lack of responsiveness. Their nature is likened to a plant that does not complain
Please note that no connection is made in the texts between each type and a specific dosha. However, it is tempting to look at type 1 as Vata, type 2 as Pitta, and type 3 as Kapha. Many modern writers including myself have categorized the doshic types of tamas as follows:

Causes harm to themselves through addiction.
Learn about Vata and the Three Gunas.

Causes harm to others through violence and vindictiveness.
Learn about Pitta and the Three Gunas.

Dull and unreactive and passive.
Learn about Kapha and the Three Gunas.
It also deserves mention, having been misunderstood in some modern writings, that no dosha is more or less sattvic, rajasic, or tamasic than another. The dominant guna of the mind reflects consciousness and is a separate understanding from a person’s prakruti.
Based on: Caraka Samhita, Sarirasthana, Ch. 4, vs 39; Sushruta Samhita, Sarirasthana, ch 4, vs. 95-97 and Kashyap Samhita, Sutrasthana, Ch 28, vs, 28-30
If you would like to learn more about the gunas of the mind, check out this earlier blog post and video!