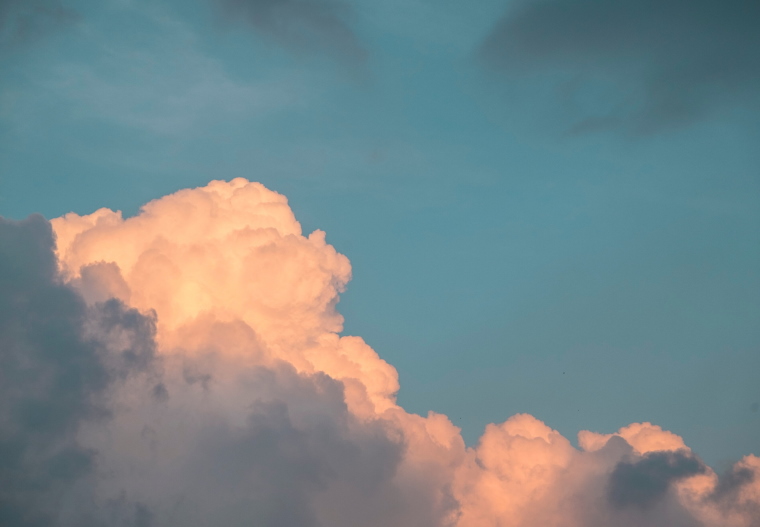 The element air, called “vayu” in Sanskrit, is the second of the five great elements (pancha mahabhutus).  It comes second because it evolves from ether. As the potential inherent within space becomes active, the result is air. The element of air represents the capacity for motion or kinetic energy. Air represents all forces and the movement that transpires as a result of those forces.

The origin of air is sparsha. Sparsha is the tanmatra–primordial, unmanifested form–of touch. Sparsha is the potential of the touch experience, expressed in its most subtle form. Touch and air are inseparable. Because of their intimate relationship, the skin (through which we receive touch) is considered the associated sense organ of the element air. The hands (through which we reach out and touch the world) are its associated organ of action.  Hence, disorders of tactile perception and those of grasping are the result of disturbances in the functions of the air element.

To know air is to know its qualities. Air is mobile, cool, light, dry, rough, subtle, flowing, sharp, clear, and hard.  Although air is subtle, its effects are observable and so we have a sense of what it is. We associate the element air with the air we breathe. Thus, the ancient rishis recognized air as the immediate source of life. A lack of air will kill us faster than a lack of any other element. Thus, the concept of vayu (air) is synonymous with that of prana (life energy). In nature, the ancient rishis described air in five forms according to its direction of movement: inward (prana); outward (vyana); upward (udana), downward (apana), and that which balances and stabilizes these movements, a force that pulls to toward the center (samana). These five types of movements are called both the five vayus and the five pranas.

In the body, air is expressed in the form of motion and life. It is the force allowing blood to circulate, breath to move, nerve impulses to glide, thoughts to flow, and joints to propel our movement through the world. Air is the force behind all motion. Disturbances in the functions of air result in aberrant motion. Air may move too fast, too slow, or become obstructed and blocked. Each occurrence produces different effects depending upon the location of the air that is disturbed.

The vata dosha contains both air and ether.  Any vitiation of air will ultimately result in a vitiation of vata. Vata remains healthy when motion is controlled, but able to flow without obstruction. Control prevents excess flow while freedom prevents stagnation. Balance is the key to healthy vata.

Control of air is attained through the development of steady routines. Steady, healthy routines subsequently keep the vata dosha from becoming vitiated. A diet that is heavier will also support the development of the stability that controls motion by balancing the light quality of the air element. Emotionally, surrender leads to the highest manifestations of motion (air), and this requires faith. Thus, air flows freely in through a body and mind that has cultivated an attitude of surrender and faith in both self and the divine. By taking in the other elements, the natural tendencies (qualities) of air are pacified.

All of creation is made up of the five elements in different proportions. In our diet, the bitter taste contains the most air. The bitter taste is composed of both air and ether; it is air that provides the uniqueness of the taste. Consuming bitter foods is an excellent way to increase the influence of the air element. This is wonderful if a person is sluggish or lazy. However, an excess of air in the diet, especially in the diet of an individual with a vata constitution, can result in too much motion. While this increases activity it also leads to a loss of stability and dryness. A proper balance in accordance with a person’s constitution and current state of health is always preferred.

Autumn is the season of air. The season of air begins as the leaves begin to fall. The weather becomes cooler and there is a sense of transition or movement in the weather. Air represents the gradual weakening of nature as it moves away from its full bloom and moves forward to face the dormancy of winter. Nature intends for everything and everyone to become lighter at this time. There is a danger of becoming too mobile and light at this time if the proper precautions are not taken. To live in harmony with this time of year means to spend time reflecting on the activities of the past spring and summer. While motion is natural at this time, excess motion may be perceived in the body and mind as an increase in anxiety, restlessness, or sleeplessness. While it natural to become lighter at this time, excess lightness may be experienced as depletion. Once again, a proper balance in accordance with a person’s constitution and current state of health is always preferred.

In the cycle of life and death, air represents the transitional period between being our most productive and the last years of our life. Women go through the transition of menopause at this time while men find themselves desiring retirement. The idea of motion is reflected in the transition. To live in harmony with this time it is necessary to spend some time reflecting upon the decades of our lives. While motion is natural at this time, excess motion makes the transition more difficult and may be perceived as anxiety, restlessness, sleeplessness, palpitations, and in the transient hot flashes many woman experience.